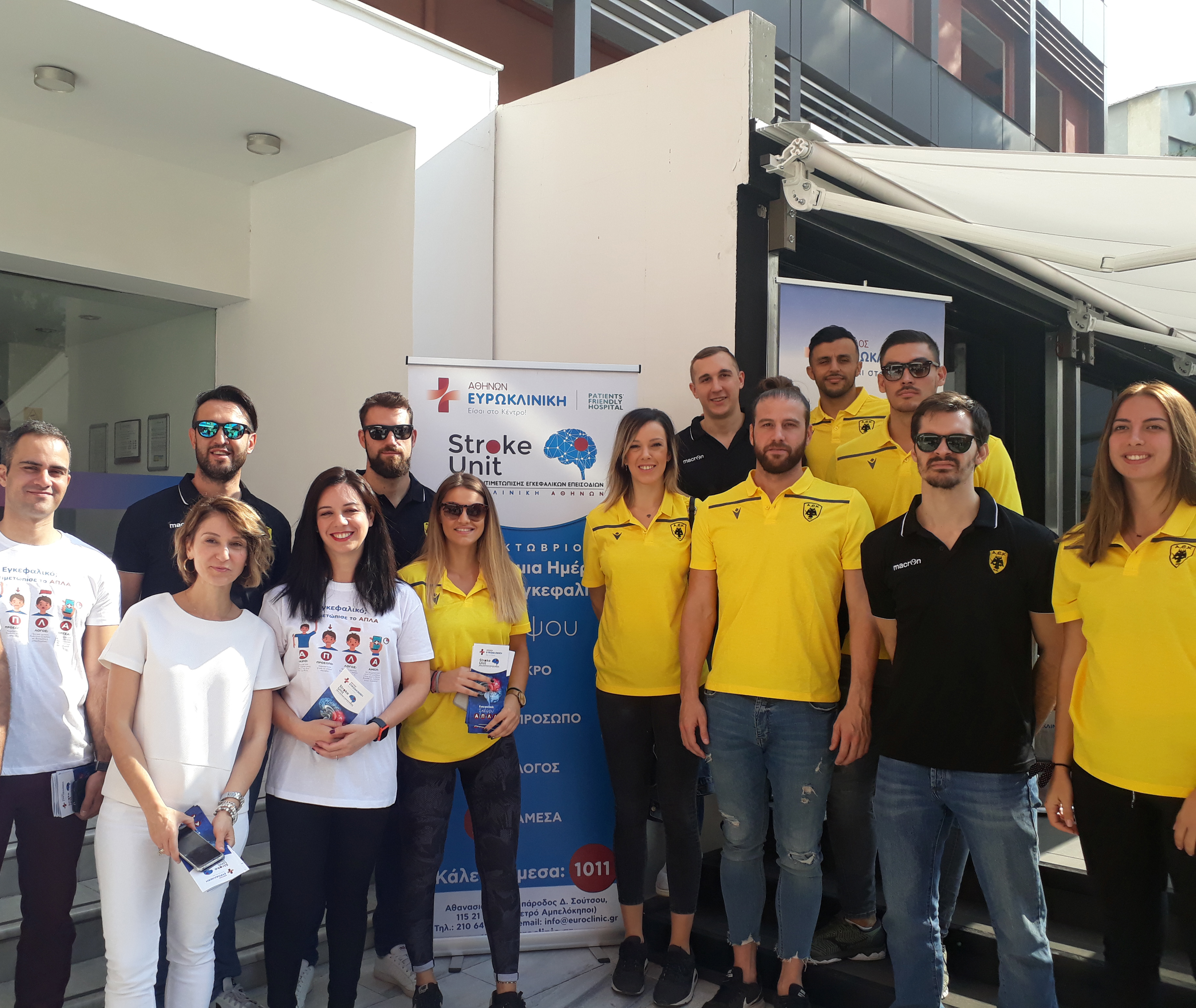 The Athens Euroclinic actively participated in the World Stroke Day on 29 October, organizing the special Think SIMPLE event to raise awareness on the risk factors, identification of symptoms and early treatment of stroke.

The event was hosted at the entrance of the Athens Euroclinic. The main principle was the acronym LFSI (Limb-Face-Speech-Immediately). Each letter corresponds to a stroke symptom and it is an easy mnemonic device to identify the symptoms. The neurologists of the model Euroclinic Stroke Unit, Mr. D. Kanellopoulos, Ms. I. Chatzi, Mr. D. Tzanetakos, Mr. M. Ntavou, Mr. G. Karagiorgis and Mr. A. Graigos, headed by neurologist Ms. Vaso Zisimopoulou, estimated the risk of stroke in the next decade for all interested parties, using the Stroke Riskometer application recommended by the World Stoke Organization. Based on the results, they recommended changes to daily activities that would help reduce the risk or additional tests wherever necessary. In addition, they encouraged participants to get further acquainted with stroke by downloading the LFSI mobile app.

Representatives of the AEK Men’s Handball and Women’s Volleyball teams actively participated in the event. After filling out the questionnaires and testing their knowledge on stroke symptoms, the AEK athletes participated in public awareness and spread the message for early stroke diagnosis.

This event forms part of the activities of the “Don’t be the one” international awareness campaign launched by the World Stroke Organization. In the last years, the number of people who suffer a stroke has increased significantly, with the data demonstrating that 1 in 4 people suffers a stroke at one point in their life. 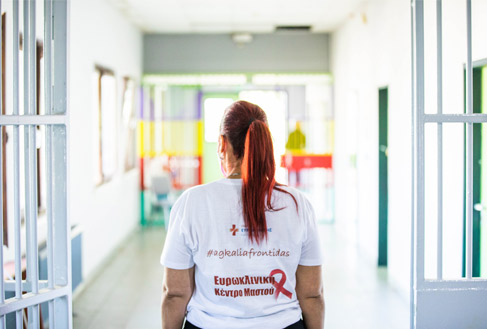 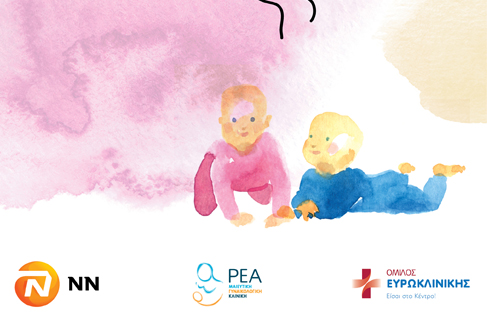 5th Conference of the Hellenic Society of Outpatient Emergency Medicine
You are here:Home Our News Athens Euroclinic: Awareness event on the occasion of World Stroke Day

By accepting this, you consent to our company collecting and/or processing your contact details (first name, last name, telephone number and email). Your contact details will be used solely for the purpose of sending you updates about new services, products and actions launched by Euroclinic, and they will not be transmitted to or shared with any third parties. You have the right and the option of requesting to be removed from the update lists by clicking on the relevant links included in the update material or by forwarding your request to unsubscribe@euroclinic.gr